skip to main | skip to sidebar

In Italia in tour dal 24 giugno

"This nimble, racing music is an eloquent staccato riposte to Deerhoof, with moments of

shaking your head in three directions at once."

any one band... in truth there’s not a day goes by that I don’t listen to it a least a couple of

"Hot Head Show are inherently sexy, but exposure to them might leave you feeling a bit

2011 is looking to be a big year for London avant-bangers HOT HEAD SHOW – their debut album is to be released on Hakisac Records in July, they’re about to spend the summer touring Europe with American alt-rock legends Primus, and sessions for album number two are already well underway.

Primus frontman Les Claypool first met the band when they opened for his solo project inLondonlast year. Declaring them to be “stupid, unclean, helpless geniuses”, he immediately offered them a run of international dates that year, first in Europe and then in theUSA. The adventure ended up including a sold-out date at

London’s Koko, a near-death experience at Bonnaroo inTennessee, an in-the-field repress of their Tour EP after selling out inItaly, and a headline slot at North By Northeast inToronto.

When Primus then reformed for their first tour in over a decade, they took as support Gogol Bordello in theUS, The Melvins in Austraila and now HOT HEAD SHOW inEurope. Les Claypool on the decision:

“It has long been my policy to never bring the same support act twice, so initially I had ruled out Hot Head Show as openers for Primus. But then I heard their album.”

Sessions for The Lemon LP were interrupted last March by all the unexpected touring, but resumed vigorously when the band finally returned from theUS in the autumn. The recordings were tracked variously in a basement studio in Hackney, a room above a betting shop nearHomertonHospital, and a Georgian

mansion in Oxfordshire, produced by the band themselves with Chilean recording

An AA vinyl single, Bummer / Hotel Room, was self-released in February, and attracted the attention of London indie Hakisac Records, who quickly worked to secure distribution rights for debut album The Lemon LP. The album, which runs as two seventeen-minute surges of music painstakingly stitched together using field recordings and dialogue, will be released first digitally to coincide with the Primus tour, and then on CD and vinyl + download.

Frontman Jordan Copeland on the project:

"Wrestling with a tendency to overthink things is really what ties it all together. We had to keep reminding ourselves that we were just trying to make a straight-up Bang-Bang product, though that isn't

quite what we ended up with."

HOT HEAD SHOW are playing the following live dates, with more to be confirmed:

ARRIVA IN ITALIA ANTHONY B; 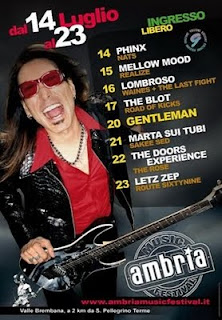 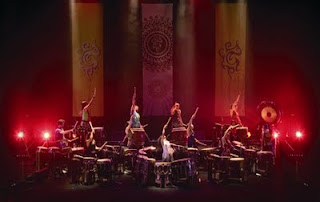